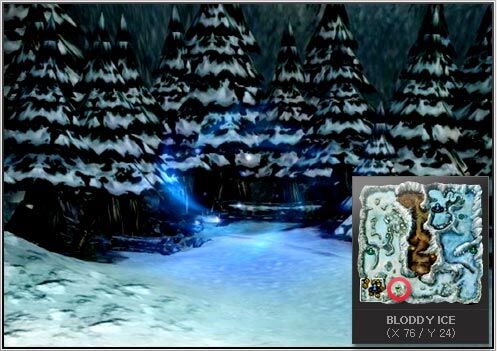 Also known as "CA". Chaos Arena is a 20 minute dungeon in which waves of monsters spawn in an enclosed arena. A boss monster spawns last which the players must defeat to complete the dungeon.

Once you've entered the Arena the progression of the dungeon is the following:

There are 6 levels of Chaos Arena each with increasing difficulty and character level requirements. However, the general idea of the dungeon is the same for all levels.

More detail about the specifics of each Chaos arena level is found on the main page for each:

To enter Chaos Arena you must have a Key of Chaos corresponding to your character level. Keys are dropped from monsters in the field.

Since the mobs don't drop anything in CA one of the strategies to complete CA is luring mobs away from the center of the arena where the Boss will spawn. Then lure the Boss outside the gate where it will be alone making it much easier to kill it. To lure mobs it is useful to have a Blader in your party. The Intuition skill will be very helpful. Another useful class is Force Shielder who can use Art of Defense and Shadow Shield. A Wizard for SP makes things easier as well.

Start CA by wearing your most defensive and vampiric gear you have. Later switch to you most damage gear when killing the boss.

The step-by-step procedure for this strategy is the following:

1. You will be able to target the boss when it spawns in the center of the arena. If it is surrounded by mobs it may be impossible to target.
2. You are less likely to die as you lure the boss through the gate since there will be few mobs in front.